Home » Book Releases » When Does The Liar’s Daughter By Claire Allan Release? 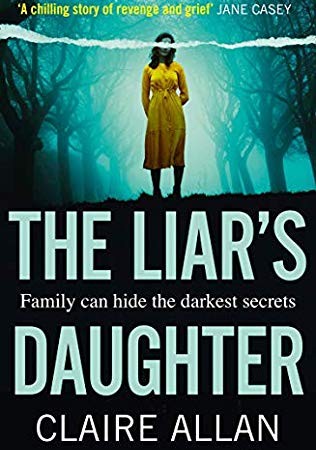 'AMAZING!' Marian Keyes
No one deserves to be taken before their time. Do they?

Joe McKee - pillar of the Derry community - is dead. As arrangements are made for the traditional Irish wake, friends and family are left reeling at how cancer could have taken this much-loved man so soon.

But grief is the last thing that Joe's daughter Ciara and step-daughter Heidi feel. For they knew the real Joe - the man who was supposed to protect them and did anything but.

As the mourners gather, the police do too, with doubt being cast over whether Joe's death was due to natural causes. Because the lies that Joe told won't be taken to the grave after all - and the truth gives his daughters the best possible motive for killing him...

A gripping suspense novel about deadly secrets and lies. The perfect read for fans of Clare Mackintosh.

Share your thoughts on The Liar's Daughter in the comments below!

Murder In The Belltower