Home » Book Releases » When Does Shadow By Jessica Lynch Release? 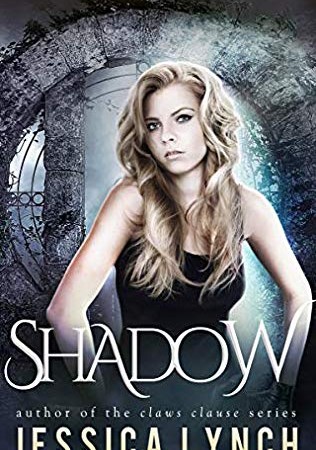 The fae are after me because I'm the Shadow. But what the hell is that supposed to mean?

Black Pine Facility for Wayward Juveniles. The asylum. I always thought it was a place for broken kids like me and it is, I guess. But that's not all.

It's also a place where the fae put troublesome humans to forget about them.

After I was blamed for my sister's death, I was trapped inside for more than six years. My doctors - my captors - told me that I'd be free on my next birthday. In a couple of weeks, I would walk out of Black Pine forever.

I believed them, too.

The fae can't lie, but that doesn't mean they tell the truth. On my twenty-first birthday, I would be leaving the asylum... because the Fae Queen has decided it's time I was finally brought to Faerie to face her.

You see, I spent the last six years pretending that the fae don't exist. That all changes when a Dark Fae helps me break out of the asylum. Nine. The Shadow Man who was my loyal guardian and only friend when I was a little girl. Now that he's back in my life for the first time in years, he swears he only wants to help me.

Now that I'm out of the asylum, my only goal is to escape the fae chasing me. Even Nine. Especially Nine. And that's way harder than I thought it would be. He's... he's different than the Shadow Man I remember from my childhood. The cold, emotionless fae is showing me a whole new side to him - and this sexy, devoted fae is helping me discover exactly who I am.

Abandonment issues, right? I have them in spades. So while I'm trying to escape the fae, I'm also trying to outrun my growing feelings for Nine.

Now if only I could get the hang of the whole walking through shadows thing...

**Shadow is the second book in a planned trilogy featuring a wary & independent half-fae heroine, the Dark Fae who has shadowed her her entire life, and her quest to learn about who she really is and why the powerful Fae Queen wants her dead.

Are you eagerly awaiting the release of Shadow? Looking forward to reading Shadow? Have you already got your hands on Shadow?

Share your thoughts on Shadow in the comments below!

Revenge Of The Sluts