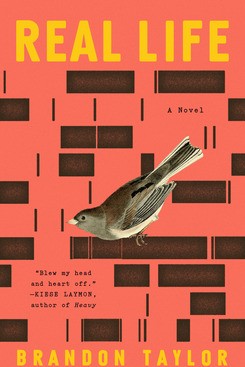 Named one of the most anticipated books of the year by Entertainment Weekly, Electric Literature, The Rumpus, Paste, Bookriot, and Library Journal.

A novel of startling intimacy, violence, and mercy among friends in a Midwestern university town, from an electric new voice.

A novel of rare emotional power that excavates the social intricacies of a late-summer weekend—and a lifetime of buried pain. Almost everything about Wallace, an introverted African-American transplant from Alabama, is at odds with the lakeside Midwestern university town where he is working toward a biochem degree. For reasons of self-preservation, Wallace has enforced a wary distance even within his own circle of friends—some dating each other, some dating women, some feigning straightness. But a series of confrontations with colleagues, and an unexpected encounter with a young straight man, conspire to fracture his defenses, while revealing hidden currents of resentment and desire that threaten the equilibrium of their community.

Real Life is a gut punch of a novel, a story that asks if it's ever really possible to overcome our private wounds and buried histories—and at what cost.

Share your thoughts on Real Life: A Novel in the comments below!