Queen of Volts (The Shadow Game Series)
Buy on Amazon 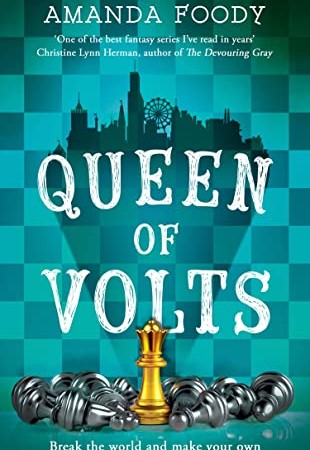 “Ace of Shades has it all . . . an utter delight.”—Claire Legrand, New York Times bestselling author of Furyborn

“A rich, satisfying, complicated story. One of the best fantasy series I’ve read in years.”—Christine Lynn Herman, author of The Devouring Gray

GAME OF THRONES meets THE DIVINERS in this thrilling fantasy — the highly anticipated final book in Amanda Foody’s THE SHADOW GAME series.

Return to the City of Sin, where the perilous final game is about to begin...The players? Twenty-two of the most powerful, most notorious people in New Reynes.

With no choice but to play, Enne and Levi are desperate to forge new alliances and bargain for their safety. But any misstep could turn deadly when a far more dangerous opponent appears on the board — one plucked straight from the city’s most gruesome legends. While Levi hides behind a mask of false promises, Enne is finally forced out from behind hers and as the game takes its final, vicious turn, these two must decide once and for all whether to be partners or enemies.

Because in a game for survival, there are no winners...

There are only monsters.

Share your thoughts on Queen of Volts in the comments below!