Home » Book Releases » When Does Out For Blood (DI Eve Hunter 2) By Deborah Masson Come Out? 2020 Fiction Releases 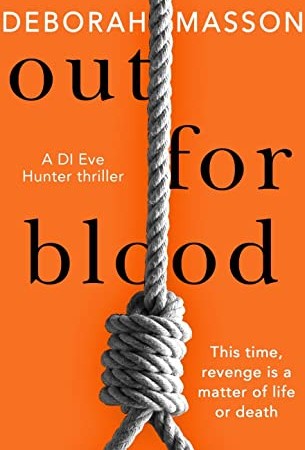 Out for Blood RELEASE DATE

Out for Blood Synopsis

DI Eve Hunter is back.

A young man, the son of an influential businessman, is discovered dead in his central Aberdeen apartment.

Hours later, a teenaged girl with no identification is found hanged in a suspected suicide.

As DI Eve Hunter and her team investigate the two cases, they find themselves in a tug-of-war between privilege and poverty; between the elite and those on the fringes of society.

Then an unexpected breakthrough leads them to the shocking conclusion: that those in power have been at the top for too long – and now, someone is going to desperate lengths to bring them down…

Can they stop someone who is dead set on revenge, no matter the cost?

READERS ARE OBSESSED WITH THE DI EVE HUNTER SERIES

‘One of the best books I’ve ever read!’
‘I loved DI Eve Hunter and her team’
‘Without a doubt the best police procedural I have read in a long time'
‘I cannot wait to see what else is to come in the DI Eve Hunter series’
‘You won’t want to stop reading this addictive crime novel’
‘Fantastic characters that you’ll fall in love with – I really couldn’t put this book down!’
‘Can’t wait for the next one . . . and the next one . . . and the next one!’

Share your thoughts on Out for Blood in the comments below!