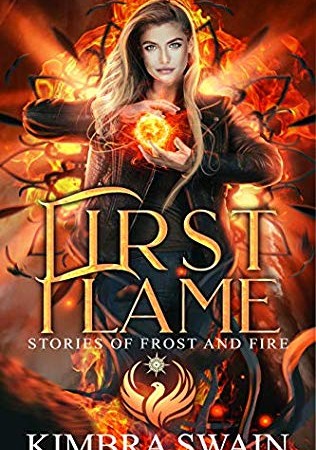 A book by: Kimbra Swain
Publisher:

I am Wynonna Riggs, the Phoenix.

Shady Grove's first daughter knows what she is, but finding out who she is, presents a problem.Wynonna Riggs, daughter of Grace Ann Bryant, travels to the bay city of Steelshore with a group of colleagues to track down the fairy trafficking activities of their unknown enemy. While there, Winnie finds that trafficking isn't the only crime being committed by fairies. A group of Sandhedrin threatens to eradicate the fairies in Steelshore including Winnie herself despite the consequences of pissing off her Fairy Queen mother.

A battle brews between fairy factions inside Steelshore which bubbles over into Winnie's investigation. She's drawn into the dispute, and the life of a new friend hangs in the balance.

Winne focuses on the job while back home trouble is brewing for her best friend, Mark Maynard, Alpha of the Shady Grove pack. She has to choose between her friends at home or her new duties in Steelshore. One thing is for sure, someone will burn. It's just a question whether it will be Winnie's enemies or will her own fire burn out?

With a host of new characters and new adventures, Wynonna Riggs steps into the world as a blazing light along with her friends, Kyrie Babineau, Soraya Harris, and Dominick Meyer. Start Winnie's adventures in First Flame, Stories of Frost and Fire.

Share your thoughts on First Flame in the comments below!