Home » Book Releases » When Does A Late-Blooming Rose Come Out? 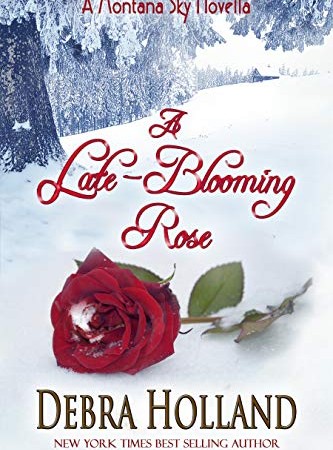 As a young woman, Rose Collier gave her heart to Andre Bellaire, her brother's best friend. In spite of their attraction and for reasons unknown to Rose, Andre distanced himself from her. As the years passed, she remained a spinster, making a monotonous, although worthwhile life, by working at the library and keeping house for her brother. Then Marty dies, leaving her practically destitute.

Andre Bellaire is living what he calls his third life--the first being his childhood and youth as part of a wealthy Creole family in New Orleans, his lonely middle years as a successful manufacturer in New York, and his later years as a philanthropist in the small town of Sweetwater Springs, Montana. In spite of a weak heart, he's savoring life, living with his newfound daughter and her family, while designing a library, a park, and helping to fund a new church. Then his comfortable routine is disrupted by a letter from his best friend Marty saying he’s dying and asking Andre to take care of his sister--the woman he once loved.

Andre offers Rose the job of librarian in Sweetwater Springs and a room in his home. Not wanting to deter Rose from accepting the job, he doesn’t relate the library is only land and architectural plans, and the physical structure has yet to be built.

Although Rose is shocked to find the job isn’t what she expected, the challenges of her new life prove stimulating. Still she guards her heart against Andre, not wanting the devastating hurt that would come from loving him and once again being rejected.

Even if Andre could change Rose’s mind about a relationship, he holds back. The former barriers to their love no longer matter. But new ones do--at least for him. Can love bloom again in the winter of their lives?

(The events in A Late-Blooming Rose are best understood if you've already read Glorious Montana Sky and Montana Sky Justice.)

Share your thoughts on A Late-Blooming Rose in the comments below!