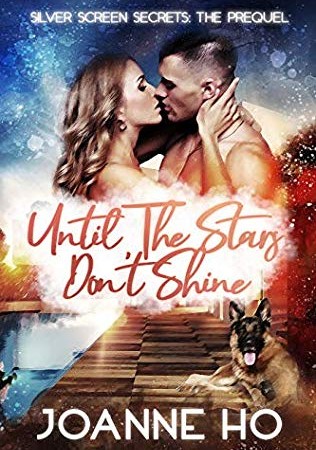 Until The Stars Don't Shine

Until The Stars Don't Shine Synopsis

When an ex-marine and his highly trained dog are hired to protect the daughter of a Hollywood power couple, love was the furthest thing from their minds. But when it becomes clear that she is in danger, how far will he go to save her?

Kane Turner is a simple man who cares nothing for riches. Scarred both physically and mentally from his tours as a marine, all Kane cares about is his bike, beer and dog Bud - and not necessarily in that order. He lives in a trailer on the beach, working security detail for his friend's company protecting some of the wealthiest (and most superficial) people in the world with loyal Bud at his side.

Ask anyone and they'd tell you that Lexi Jones has it all. The daughter of Hollywood royalty, she's rich, one of the most stunning women in the world with parents who dote on her. Yet Lexi is lonely. All she wants is to work with animals. She doesn't care for the LA lifestyle having struggled to make any lasting relationships: people are generally too in awe of her family or befriend her only for what they can get.

Following a series of threats, Kane is hired to protect Lexi yet despite their world of differences the two of them find themselves falling in love. In Kane (and his dog Bud), Lexi has found an authentic soul who doesn't care who her parents are or how wealthy she is, while Lexi is the one person who can seemingly heal Kane's wounds.

When Lexi is kidnapped, Kane only has a short time to save her. Can he find her before time runs out?

This is a standalone book with no cliffhangers.

Share your thoughts on Until The Stars Don't Shine in the comments below!