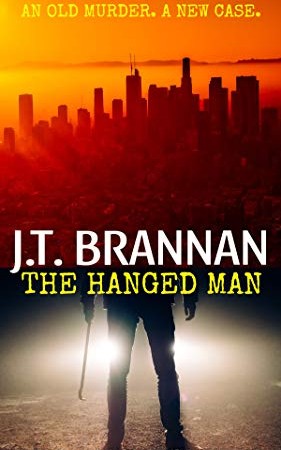 Ray "Action" Jackson was one of the biggest movie stars of the '80s - but when the young newcomer Frank Hardy arrived on the scene, the King was all set to lose his crown. But then Hardy was found dead - badly beaten and hanging from a tree in his own garden - and Jackson was arrested for his murder. Unable to face life in prison, Jackson's body was found hanging in his cell soon after, just like his young rival.

A Hollywood scandal of intrigue, betrayal and murder, the story captivated the American public all those decades before, but has long since been forgotten - until Julia Gutierrez, the granddaughter of Ray Jackson, decides to try and set the record straight, convinced of her grandfather's innocence.

Gutierrez finds Maxwell Knight - an expert in cold cases, re-investigating old crimes when it looks like justice has not been properly served - and the infamous LA private eye agrees to help her. But when he starts to delve deeper into the mystery, he reopens some old wounds - in the movie business and beyond - and finds that nothing is as it seems.

THE HANGED MAN will take you on a rip-roaring ride from the glamour of Hollywood to the dark and seedy underbelly of LA, as a story of lust, lies, deceit and violence is shockingly uncovered.

Share your thoughts on The Hanged Man in the comments below!