The Day I Disappeared
View on Amazon 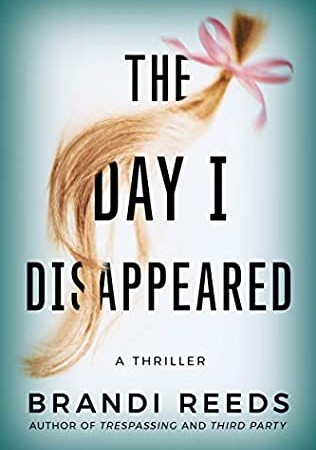 The Day I Disappeared

The Day I Disappeared RELEASE DATE

The Day I Disappeared Synopsis

A terrifying crime reunites a mother and daughter in a novel of psychological suspense by the Amazon Charts bestselling author of Trespassing.

Three months after four-year-old Holly Gebhardt was kidnapped, she was inexplicably returned to the same park from which she’d vanished…with no memory of the ordeal. Though a local handyman was convicted, suspicion also fell on his friend—Holly’s mother, Cecily. The troubling doubts about her involvement shattered the family, forever driving a wedge between mother and daughter.

Twenty years later, another girl goes missing under eerily similar circumstances. It’s just the latest in a series of kidnappings that Detective Jason Guidry thinks Holly can help solve. Though Holly has tried to move on with her life, a young girl’s life hangs in the balance. All she has to do is try to remember…

With her memory still mostly blank, Holly is missing vital pieces of the puzzle, and she believes her mother can put them in place. In desperation and fear, Holly and her mother come together again. But in a chilling rush toward the past, Cecily still has secrets she’s yet to share with her daughter. Should she dare to breathe a word, she could lose Holly all over again.

Share your thoughts on The Day I Disappeared in the comments below!