Welcome to the dedicated book release dates page for Now & When. We gather all the latest book and novel news to bring you the most accurate new release schedule for Now & When.

Now & When
Buy on Amazon 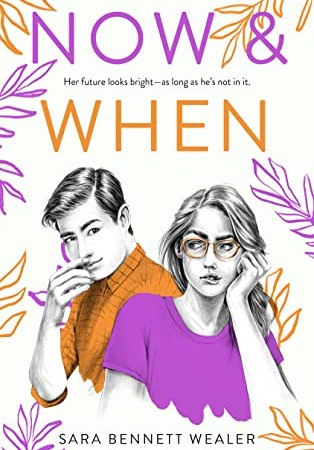 Now & When
Buy on Amazon

For fans of Jenny Han and Christine Riccio comes a romantic dramedy about a teen girl who stumbles upon a mysterious website that tells her everything she doesn't want to know about her future.

There's something about Truman Alexander that Skyler Finch finds incredibly annoying. Actually, several things: his voice (grating), his arrogance (total know-it-all), his debate-team obsession (eyeroll), and his preppy vibe (does he iron his shorts?). She does her best to avoid him and focus on the important stuff: friends, school, and her boyfriend, Eli. His promposal was perfect--just like he is--and the future is looking bright. Or is it?

For some unexplainable reason, Skylar's phone is sending her notifications from the future . . . a future in which, to her horror, she appears to be with Truman. As in, romantically. As in, Skyler cannot let that happen.

But trying to change the future means messing up the present, and what Skyler sees keeps shifting. Classmates disappear and reappear, swap partners and futures. Turns out there are no actions without reactions, and life doesn't come with a road map. But sometimes the wandering leads you exactly where you need to be, and people--like glitchy phones--are full of surprises.

Are you eagerly awaiting the release of Now & When? Looking forward to reading Now & When? Have you already got your hands on Now & When?

Share your thoughts on Now & When in the comments below!