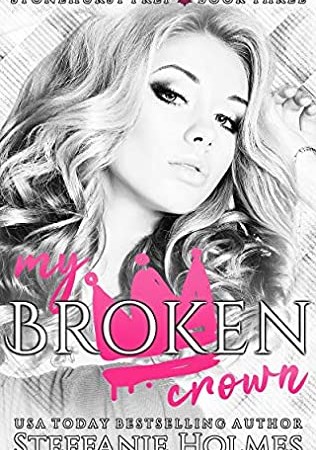 I was baptized in bloodshed.
To the bloodshed, I return.

I've ascended my throne. I wear my crown of thorns.
Fancy that? I'm Queen of the August crime family.
I'll rebuild my father's kingdom in blood and fire.
With three broken princes at my side.

Eli, Noah, Gabriel.
My golden boy, my dark horse, my rock god.
My family.
They are mine, and I am theirs.

There aren't enough bullets on earth for the retribution I’ll rain down on those who try to hurt them.

Et in morte fidelitas.
Even in death, loyalty remains.

I'll bleed for them. I'll kill for them.
Stonehurst Prep will never be the same.

The third installment of the Stonehurst Prep series is a 100,000 mature high school/new adult romance with mafia and enemies-to-lovers themes.

Share your thoughts on My Broken Crown in the comments below!