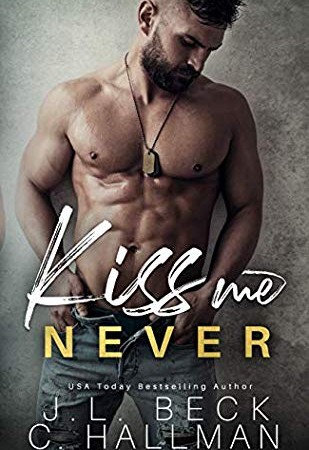 Kiss Me Never: An Enemies To Lovers Romance

Kiss Me Never: An Enemies To Lovers Romance RELEASE DATE

Kiss Me Never: An Enemies To Lovers Romance Synopsis

My brother is a pain in my rear.
His best friend Alexander Miller, well he’s even worse.

It doesn’t help that he’s brooding, so gorgeous it hurts, and did I mention my new gate keeper? When my brother runs into some trouble with the law he asks his best friend, a man that gave me my first kiss all before crushing my heart into a million pieces with his absence if he’ll watch over me.

But Lex’s idea of watching over me and mine are two very different ideas.

I don’t think brother meant move into my apartment.
Take over my space.
Eat all my food.
Or annoy the crap out me.

Yet Lex does all those things and more and it doesn’t take long before the fire he sparked in me all those years ago reignites. He’s impossible to ignore, his hulking frame, huge hands, and that panty melting smirk. Its an unwelcoming distraction.

All he’ll do is break my heart, again, plus he’s my brother’s best friend. He’s supposed to be protecting me, watching over me not sleeping with me.

It’s a recipe for disaster, but I’m already a hot mess, what’s one more thing added to the mix?

**This is a standalone contemporary enemies to lovers novel. It's a spin off from the North Woods University series. It contains lots of alpha goodness, loads of steam and a happily ever after.**

Share your thoughts on Kiss Me Never: An Enemies To Lovers Romance in the comments below!

A Question Of Navigation

The Best Thing You Can Steal