Welcome to the dedicated book release dates page for Hush-Hush. We gather all the latest book and novel news to bring you the most accurate new release schedule for Hush-Hush. 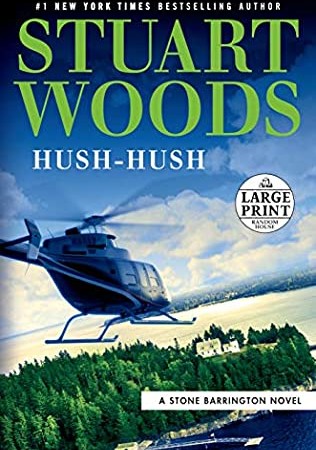 Stone Barrington faces down a rival with cutting-edge tactics in this heart-racing thriller from the #1 New York Times bestselling author.

Stone Barrington is settling in for some downtime in New York City when an anonymous enemy makes himself known. This nameless foe's threats hit close to home, and before Stone can retaliate, the fearsome messages turn into very real consequences.

With the help of old friends--and a lovely new tech-savvy acquaintance--Stone sets out to unravel the fatal agenda. But as the web of adversaries expands, Stone realizes that no place is safe, and he'll have to flush out the mastermind before he and those closest to him are silenced for good....

Are you eagerly awaiting the release of Hush-Hush? Looking forward to reading Hush-Hush? Have you already got your hands on Hush-Hush?

Share your thoughts on Hush-Hush in the comments below!