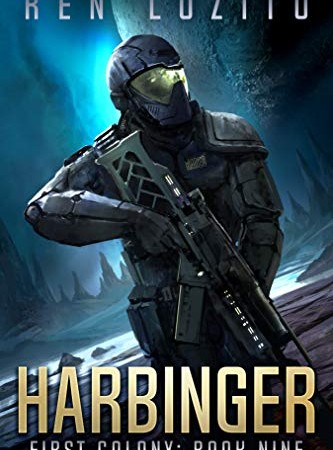 The Krake, a mysterious enemy who has brought about the collapse of entire civilizations, is hunting for New Earth.

Connor Gates, former elite soldier and now general of the colonial military, must find a way to protect the colony, which seems all but impossible when both humans and aliens alike are ignoring the very threat that should be uniting them all. To forge a future for the colony, Connor must risk everything.

Battle weary but vigilant, Colonel Sean Quinn must rebuild the morale of Trident Battle Group while fulfilling his mission, but when he receives an invitation to meet a Krake rebel faction, he must act. Sean seizes a rare opportunity to gather crucial intel about the enemy and possibly gain an ally, but can he trust them or will their betrayal doom them all.

Share your thoughts on Harbinger (First Colony Book 9) in the comments below!