D (A Tale of Two Worlds): A Novel
Buy on Amazon 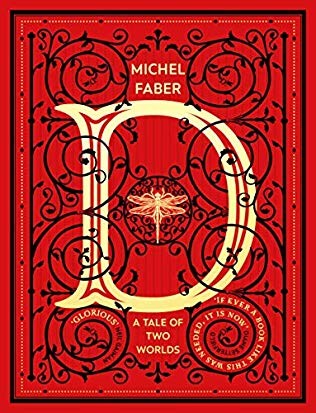 D: A Tale Of Two Worlds

Dhikilo gazed through the doorway at the world beyond. This was her last opportunity to run back to safety. She thought about it. But only for a moment. An adventure was waiting for her.

It all starts on the morning the letter D disappears from the language.
First, it vanishes from her parents’ conversation at breakfast, then from the road signs outside, and from her school dinners. Soon the local dentist and the neighbour’s Dalmatian are missing, and even the Donkey Derby has been called off.

Though she doesn’t know why, Dhikilo is summoned to the home of her old history teacher Professor Dodderfield and his faithful Labrador, Nelly Robinson. And this is where our story begins.

Set between England and the wintery land of Liminus, a world enslaved by the monstrous Gamp and populated by fearsome, enchanting creatures, D (Tale of Two Worlds) is a mesmerising tale of friendship and bravery in an uncertain world. Told with simple beauty and warmth, its celebration of moral courage and freethinking is a powerful reminder of our human capacity for strength, hope and justice.

Share your thoughts on D: A Tale Of Two Worlds in the comments below!