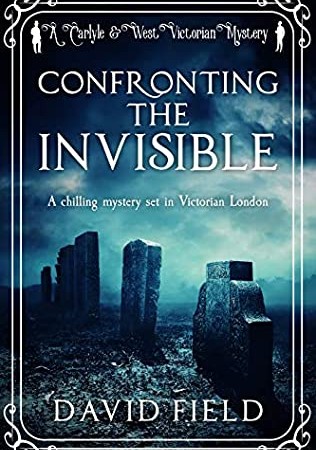 Is someone stealing children from London’s East End…?

When doctor James Carlyle attends a show at a local circus with his daughter, Adelaide, he is rushed backstage to help with what appears to be a horrific accident.

One of the performers, Robert Manston, has died after falling during an act. But Carlyle soon realises Robert’s palms had been covered with grease.

The man’s performance partner, George Rose, has gone on the run, and Carlyle and Inspect Jennings of Scotland Yard both believe George may have caused the fall on purpose.

Matthew and Carlyle decide to help Inspector Jennings solve the mystery. And Adelaide is desperate to help Matthew find the lost children.

Are the crimes connected? Is there a link to the murder at the circus?

And can they find the children before it is too late…?

Share your thoughts on Confronting The Invisible in the comments below!