City of Villains
Buy on Amazon 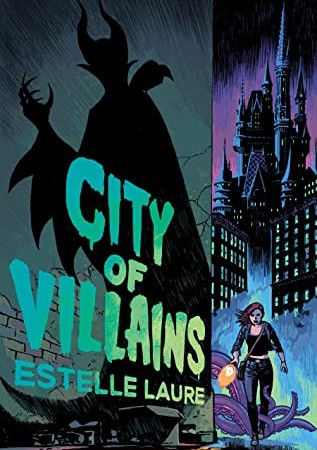 Mary Elizabeth Heart is a high school senior by day, but by night she’s an intern at the Monarch City police department. She watches with envy from behind a desk as detectives come and go, trying to contain the city’s growing crime rate. For years, tension has simmered between the city’s wealthy elite, and their plans to gentrify the decaying neighborhood called the Scar—once upon a time the epicenter of all things magic.

When the daughter of one of the city’s most powerful businessmen goes missing, Mary Elizabeth is thrilled when the Chief actually puts her on the case. But what begins as one missing person’s report soon multiplies, leading her down the rabbit hole of a city in turmoil. There she finds a girl with horns, a boyfriend with secrets, and what seems to be a sea monster lurking in a poison lake. As the mystery circles closer to home, Mary finds herself caught in the fight between those who once had magic, and those who will do anything to bring it back.

This dark and edgy YA series explores the reimagined origins of Maleficent, Ursula, Captain Hook, and other infamous Disney Villains like you’ve never seen before.

Share your thoughts on City of Villains in the comments below!