Welcome to the dedicated book release dates page for Broken Web. We gather all the latest book and novel news to bring you the most accurate new release schedule for Broken Web. 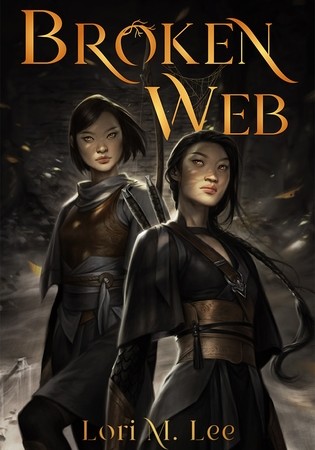 The sequel to the hotly-anticipated Forest of Souls, an epic and immersive tale of destiny and sisterhood. Perfect for fans of Susan Dennard, Sarah J. Maas, and Netflix's The Witcher!

The Soulless has woken from his centuries-long imprisonment. Now, he lurks in the Dead Wood recovering his strength, while Sirscha and her allies journey east to the shaman empire of Nuvalyn. Everyone believes she is a soulguide—a savior—but Sirscha knows the truth. She’s a monster, a soulrender like the Soulless, and if anyone discovers the truth, she’ll be executed.

But there’s nothing Sirscha won’t risk to stop the shaman responsible for the rot that’s killing her best friend. While the Soulless is formidable, like all shamans, his magic must be channeled through a familiar. If Sirscha can discover what—or who—that is, she might be able to cut him off from his power.

With Queen Meilyr bent on destroying the magical kingdoms, Sirscha finds herself caught between a war brewing in the east and the Soulless waiting in the west. She should be trying to unite what peoples she can to face their common enemies, but instead, her hunt for clues about the Soulless leads to a grim discovery, forcing Sirscha to question who her enemies really are.

Are you eagerly awaiting the release of Broken Web? Looking forward to reading Broken Web? Have you already got your hands on Broken Web?

Share your thoughts on Broken Web in the comments below!