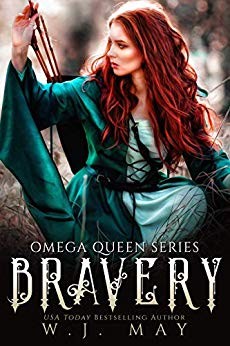 A book by: W.J. May
Publisher: Kindle

USA Today Bestselling author, W.J. May, brings you the highly anticipated continuation of the bestselling YA/NA series about love, betrayal, magic and fantasy.

Be prepared to fight, it's the only option.

How long can you outrun your fate?

When Evie and her friends set out to fulfill a long-awaited prophecy, they never thought their adventure would turn into a nightmare before their very eyes.

Trapped in a cavern beneath the ground, they find themselves going up against a creature so twisted and terrible, they wouldn't have believed it was real. Their strength is tested and friendships are strained. But as they soon discover, the creature was the least of their problems.

The world is shifting. Shadows and darkness are entering the land. Rumors are whispering around the remaining kingdoms. Rumors of a dark and powerful stone.

Can the friends find it in time? Or are some prophecies never meant to be?

Be careful who you trust.

Even the devil was once an angel.

Share your thoughts on Bravery (Omega Queen Series Book 2) in the comments below!