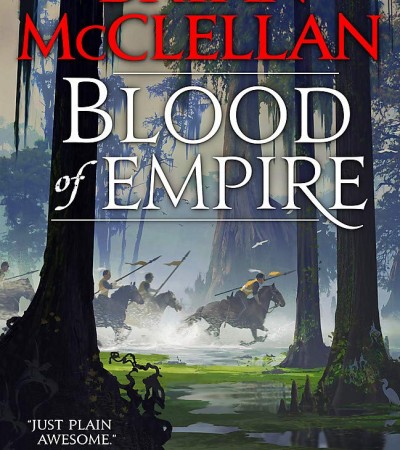 'A fast-paced story, set in a brilliantly realised world . . . One of the best fantasy novels of recent years' Bookbag on Sins of Empire

Brian McClellan's Sins of Empire began an epic tale of magic and revolution. The story continued in Wrath of Empire, as rebels, spies and sorcerers clashed. Now this thrilling adventure reaches an explosive conclusion in Blood of Empire, the final novel in the Gods of Blood and Powder series.

Share your thoughts on Blood of Empire in the comments below!