Behind the Red Door: A Novel
Buy on Amazon 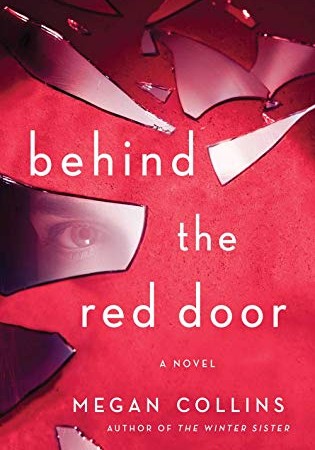 Behind the Red Door

Behind the Red Door RELEASE DATE

Behind the Red Door Synopsis

The author of the “suspenseful, atmospheric, and completely riveting” (Megan Miranda, New York Times bestselling author) debut The Winter Sister returns with a darkly thrilling novel about a woman who comes to believe that she has a connection to a decades old kidnapping and now that the victim has gone missing again, begins a frantic search to learn what happened in the past.

When Fern Douglas sees the news about Astrid Sullivan, a thirty-four-year-old missing woman from Maine, she is positive that she knows her. Fern’s husband is sure it’s because of Astrid’s famous kidnapping—and equally famous return—twenty years ago, but Fern has no memory of that, even though it happened an hour outside her New Hampshire hometown. And when Astrid appears in Fern’s recurring nightmare, one in which a girl reaches out to her, pleading, Fern fears that it’s not a dream at all, but a memory.

Back home in New Hampshire, Fern purchases a copy of Astrid’s recently published memoir—which may have provoked her original kidnapper to abduct her again—and as she reads through its chapters and visits the people and places within it, she discovers more evidence that she has an unsettling connection to the missing woman. As Fern’s search becomes increasingly desperate, she hopes to remember her past so she can save Astrid in the present…before it’s too late.

Featuring Megan Collins’s signature “dark, tense, and completely absorbing” (Booklist) prose and plenty of shocking twists and turns, Behind the Red Door is an arresting thriller that will haunt you long after you turn the last page.

Share your thoughts on Behind the Red Door in the comments below!