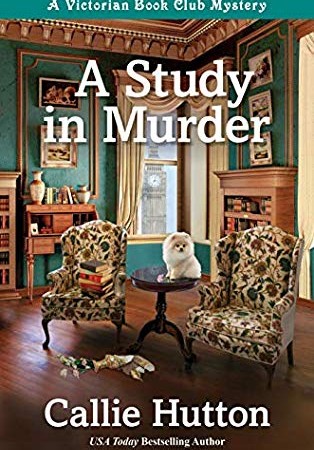 A Study In Murder

A Study In Murder RELEASE DATE

A Study In Murder Synopsis

A mystery author is charged with murder--and the plot thickens faster than anyone can turn the pages--in USA Today bestselling author Callie Hutton's new series debut, perfect for fans of Rhys Bowen and Ellery Adams.

Two evenings later, as Lady Lovell awaits a visit from Lord William Wethington, fellow member of the Bath Mystery Book Club, her former fiancé makes an unexpected and most unwelcome appearance at her house. She promptly sends him to the library to cool his heels but later discovers the room seemingly empty--until she stumbles upon a dead Mr. St. Vincent with a knife in his chest.

Lord Wethington arrives to find Lady Amy screaming and sends for the police, but the Bobbies immediately assume that she is the killer. Desperate to clear her name, Lady Amy and Lord Wethington launch their own investigation--and stir up a hornet's nest of suspects, from the gardener who served time in prison for murder to a vengeful woman who was spurned by St. Vincent before he proposed to Lady Amy.

Can they close the book on the case before the real killer gets away with murder?

Share your thoughts on A Study In Murder in the comments below!