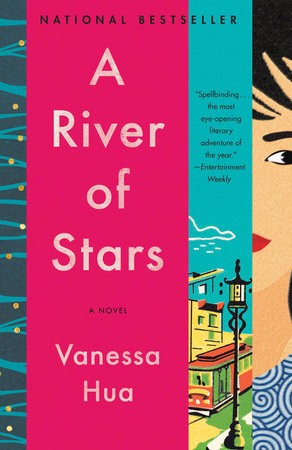 A River Of Stars

A River Of Stars RELEASE DATE

A River Of Stars Synopsis

ABOUT A RIVER OF STARS
NATIONAL BESTSELLER • In a powerful debut about modern-day motherhood, immigration, and identity, a pregnant Chinese woman stakes a claim to the American dream in California.

“Utterly absorbing.”—Celeste Ng • “A marvel of a first novel.”—O: The Oprah Magazine • “The most eye-opening literary adventure of the year.”—Entertainment Weekly

Holed up with other mothers-to-be in a secret maternity home in Los Angeles, Scarlett Chen is far from her native China, where she worked in a factory and fell in love with the married owner, Boss Yeung. Now she’s carrying his baby. To ensure that his child—his first son—has every advantage, Boss Yeung has shipped Scarlett off to give birth on American soil. As Scarlett awaits the baby’s arrival, she spars with her imperious housemates. The only one who fits in even less is Daisy, a spirited, pregnant teenager who is being kept apart from her American boyfriend.

Then a new sonogram of Scarlett’s baby reveals the unexpected. Panicked, she goes on the run by hijacking a van—only to discover that she has a stowaway: Daisy, who intends to track down the father of her child. The two flee to San Francisco’s bustling Chinatown, where Scarlett will join countless immigrants desperately trying to seize their piece of the American dream. What Scarlett doesn’t know is that her baby’s father is not far behind her.

A River of Stars is a vivid examination of home and belonging and a moving portrayal of a woman determined to build her own future.

Praise for A River of Stars

“A River of Stars is the best of all worlds: part buddy cop adventure, part coming-of-age story and part ode to female friendship.”—NPR

“Hua’s epic A River of Stars follows a pair of pregnant Chinese immigrant women—two of the more vibrant characters I’ve come across in a while—on the lam from Los Angeles to San Francisco’s Chinatown.”—R. O. Kwon, author of The Incendiaries, in Esquire

“A delightful novel of motherhood and Chinese immigration . . . Without wading into policy debates, Ms Hua dramatises the stories and contributions of immigrants who believe in grand ideals and strive to live up to them.”—The Economist

Share your thoughts on A River Of Stars in the comments below!