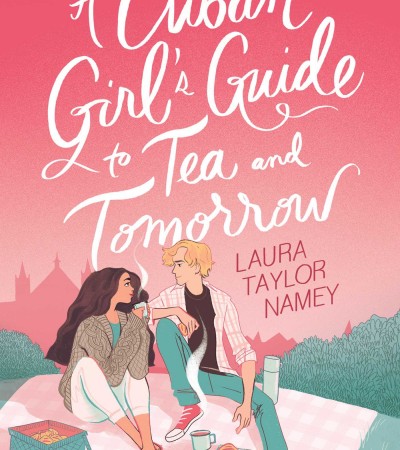 A Cuban Girl's Guide to Tea and Tomorrow

A Cuban Girl's Guide to Tea and Tomorrow RELEASE DATE

A Cuban Girl's Guide to Tea and Tomorrow Synopsis

Teenage master of Cuban cuisine, Lila Reyes, is eager to inherit her family’s Miami bakery along with her sister, Pilar. But between spring and graduation, Lila’s abuela dies, her best friend abandons her, and her long-time boyfriend dumps her. Fearing Lila’s emotional health, her parents defy her wishes and entrust her summer to family and their Winchester, England inn. Even though she’s given a space to cook at the inn, she longs for Miami, the seat of her Cuban roots. Being a Miami Cuban baker is her glorified past and destined future, forged by years of training by her loving abuela.

Days into her stay, Orion Maxwell barges into Lila’s inn kitchen with a delivery from his family’s tea shop. A nuisance at first, opposite ingredients soon learn to blend. Orion befriends Lila, introducing her to his mates and devouring her food––comida Cubana.

Orion entertains her with his mental collection of superstitions and sweeps her onto his vintage motorbike. He wraps cold, underdressed Lila in his wool cardigan and becomes her personal tour guide. His mum’s early-onset (FTD) Dementia gives Orion a unique outlook––he never asks too much of the world, accepting what he can’t control. Lila soon discovers this British boy brings empathy to her loss because he’s living his own.

Before long, Lila can’t control the route of her own heart as she begins to fall for more than a new love. England has charmed her. And a special opportunity in London tempts her. As her return ticket looms, Lila feels impossibly caught between two flags. Hearts aren’t supposed to split like this––between a beautiful boy and a beautiful family. Between exploring an uncharted future in a rich new place, and honoring Abuela’s treasured legacy.

Share your thoughts on A Cuban Girl's Guide to Tea and Tomorrow in the comments below!